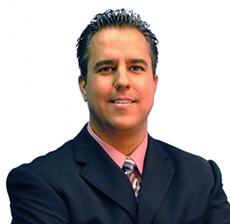 Born and raised in Miami, FL., George moved to the Orlando area to attend the University of Central Florida on an athletic scholarship. Playing sports at a competitive level led him to finding natural ways to improve his health & level of performance. After enduring a career ending injury, he focused on his academic studies and graduated from UCF’s College of Business and School of Accounting.

Having fostered an interest in health, George turned his focus on nutrition and fitness training to reshape his 270 lb. body. This took him on a path of health studies that lead him into the far reaches of human understanding. He has well developed research skills, desire for helping people, and passion for understanding health & human fitness. These attributes have earned him a good reputation among many in the local communities.

Health has finally emerged as a legitimate area of study. It was largely considered esoteric research in the past but scientific evidence has shown that our health is a result of our inherited genetic traits and how they are influenced by our environment. We can improve our health outcome by manipulating our environment.

George started sharing this information with people while still in college.

“It was always an interest and a hobby of sorts. Little did I know that I was going to be developing a business out of it!”

George started his company out of a house where he rented during his senior semester in college. His friend and roommate Lou had introduced him to the Life Extension Foundation through their publication Life Extension magazine.

“I couldn’t believe how well their information was researched & organized. I didn’t know there was a source of scientific health information like it among the many ‘dime-a-dozen’ health publications. I was further impressed by their products, especially their multivitamin Life Extension Mix.”

So, he began using and making recommendations based on the resources provided through Life Extension Foundation.

“I knew that I had found something special because of the positive feedback I was receiving from those individuals I had helped in building their health.”

After graduation, he worked in the professional accounting field for a year. Then, he decided to focus his efforts on developing his health consulting business full time.

“It was the best decision for me at that time. It was an opportunity of a lifetime and I took it!”

The company was formed on September of 1995 and is still growing stronger than ever before. After a year & a half of running it as a health consulting business out of a house, there was great potential in doing Life Extension Nutrition Center.

“When I realized that people really wanted the information we had on natural products, I couldn’t help but think of a Life Extension themed retail store. The fact that Life Extension Foundation had no stores intrigued me.”

So, George set out to develop a business plan for a Life Extension store.

“After several months of research, I was even more convinced about the project because there was a huge market opportunity.”

The next step they took was taking their idea to Bill Faloon, the President of Life Extension Foundation, to share there ideas.

“Bill was interested in the idea and very supportive of our plans to develop a store. He always wanted to do just what we were proposing to him, but for a number of reasons, it just hadn’t made it their plans. So he approved of our idea and even offered support in a number of different areas.”